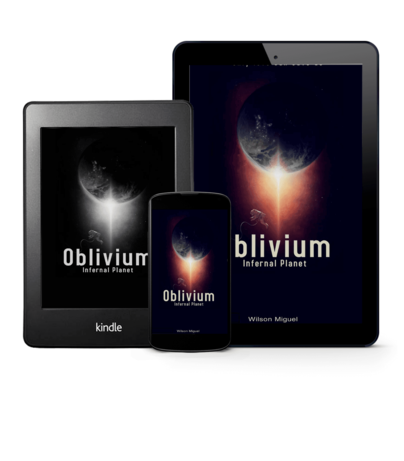 It's a Space Opera Sci-fi, Dystopian novel, which presents the human

After the ozone layer burst the sun completely scorched the earth, the few survivors were forced to emigrate to another habitable planet. There, the humans encounter the Croogs, a peaceful and welcoming humanoid alien race. But after being enslaved by the humans they revolt and break off all contact with the earth race.

Ethan is a 17-year-old human slave boy trapped in a fortified city on the planet Oblivium, whose (human) father has been executed, accused of plotting and murdering the king of the grizzled Croogs. Tired of being harassed and hated by the other humans for a fault that is not his, Ethan will do anything to find a way to escape that horrible place, and join the group of insurgent Croog rebels, who are fighting against the dictatorship imposed by the powerful, tyrannical, oppressive and ruthless current King of the Grizzly Croogs, the fearsome Luther Nankela.